In recent years, Canada has seen more young politicians emerging into councils, but it doesn’t come as much of a surprise. As we saw in the 2019 federal election, Justin Trudeau, Andrew Scheer and Jagmeet Singh made up the youngest three major party leaders running for prime minister in Canada’s history.

Sam Oosterhoff, the Progressive Conservative member of provincial parliament (MPP) for the Niagara West riding, was first elected at the age of 19, making him the youngest Ontario MPP to ever be elected. In an interview with Oosterhoff, he explained the difficulties he faced entering parliament at a young age and dealing with criticism. 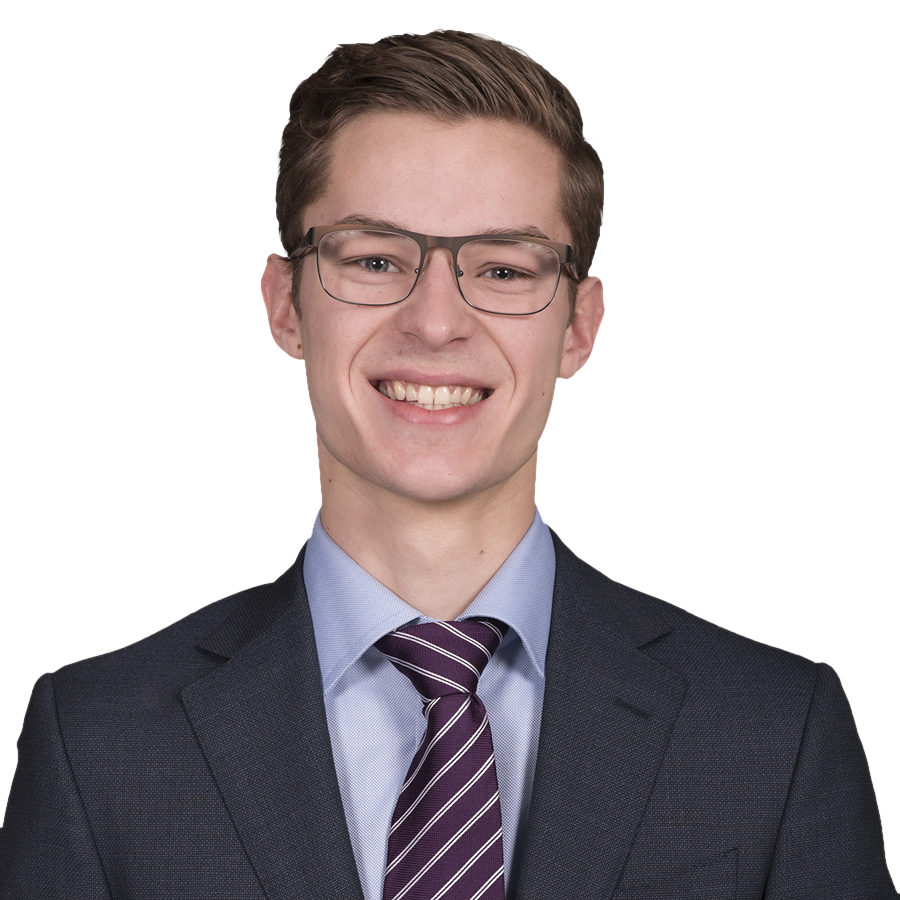 How did you get into politics? What interests did you have that made you want to get involved?

I was born and raised on a farm in the Niagara region. I grew up with parents who always [follow] politics, but were not very active. As I grew up, there are a number of different issues for myself as a young person, seeing the debt burden that future generations are going to have to be paying for, as well as more and more cancel culture that really seems to want to shut down voices — whether they're conservative or otherwise — that don't appeal exactly to where the mainstream is, which is concerning. I think it's important in democracy to be able to have analysis as well as the thrust of democratic debate and an open and free discourse in our civilization. And it's very important that society as a whole embraces free speech and freedom of expression. So for me, it was concerning to see more and more infringements on our religious freedom, infringements on the ability to, I believe, access the type of life that our parents and grandparents often had.

Our generation has gone through now — with COVID, by the time this is done — we’ll have gone through two incredibly devastating recessions in our lifetime. And I think if you just look at the mortgage of today versus the mortgage of 20, 30 years ago, it is 10 times the average income of young people looking to buy a house, as opposed to three or four times the yearly income. So that's just one example of a failure, I believe, on behalf of our leaders to think of the next generation and a failure of leaders to look at the long-term implications of policies. So that was one of the major reasons I got involved in politics. I’m also someone who believes very strongly in the importance of representation and having a strong local voice.

Did you face any difficulties as a young person getting into politics?

Absolutely. When you're young, you have to work twice as hard as the next person, and you have to be willing to surround yourself with good people, listen to good advice, and be willing to own your mistakes and learn from them. No one who is young is an expert; neither, though, to be frank, are the vast majority of political activists of any age or stripe. Very few people have the ability to speak authoritatively on all the issues that come before a legislator. I think, just at the provincial government, we deal with everything from transportation to culture and community, infrastructure, to labor, to health, to education, to solicitor general police services. So many different areas, it’s impossible to be an expert in all of those areas, even though you're voting on legislation that appeals to all those areas. So, it's incredibly important to listen to good advice and to surround yourself with people with a wide variety of perspectives. I also always say I wouldn’t want to have a legislature full of 19-year-olds but I also wouldn’t want a legislature full of 80-year-olds.

How do you deal with facing any criticisms, or did you ever have a time where you felt defeated?

The reality is that people often assume that because you're young, you are not going to be willing to listen. And that was something that I found very important, to be willing to sit down with those who had gone before me and ask them about their experiences, ask what types of things I should be aware of as I got into politics and not to pretend that I was an expert.

Lastly, do you have any advice for young adults who want to get into politics?

The biggest thing I can think of is making the ask and being willing to do the work. Politics is a lot of hard work, but it's not necessarily difficult work. A year before I was elected to the legislature, I was working on a political campaign, writing sticky notes to put on campaign literature. I was doing that in the 2015 election, and then the following fall, I was elected. So don’t be scared to go and ask to get involved in a political party or to run for office yourself. The reality is that we need people to be willing to step up to the plate, we need people who are willing to fail, because you're not going to, necessarily, on your first attempt, run successfully. You're not necessarily going to win that seat that you're looking to win. At the same time, you have to be willing to challenge yourself and you have to be willing to challenge a culture of low expectations.

Sharie Minions, the mayor of Port Alberni, became mayor in Oct. 2018 at the age of 30. Minions became the youngest mayor elected on Vancouver Island. Minions was pregnant at the time of her mayoral race and spoke about the struggles she faced being a mother while running for mayor, as well as the scrutiny she faced. 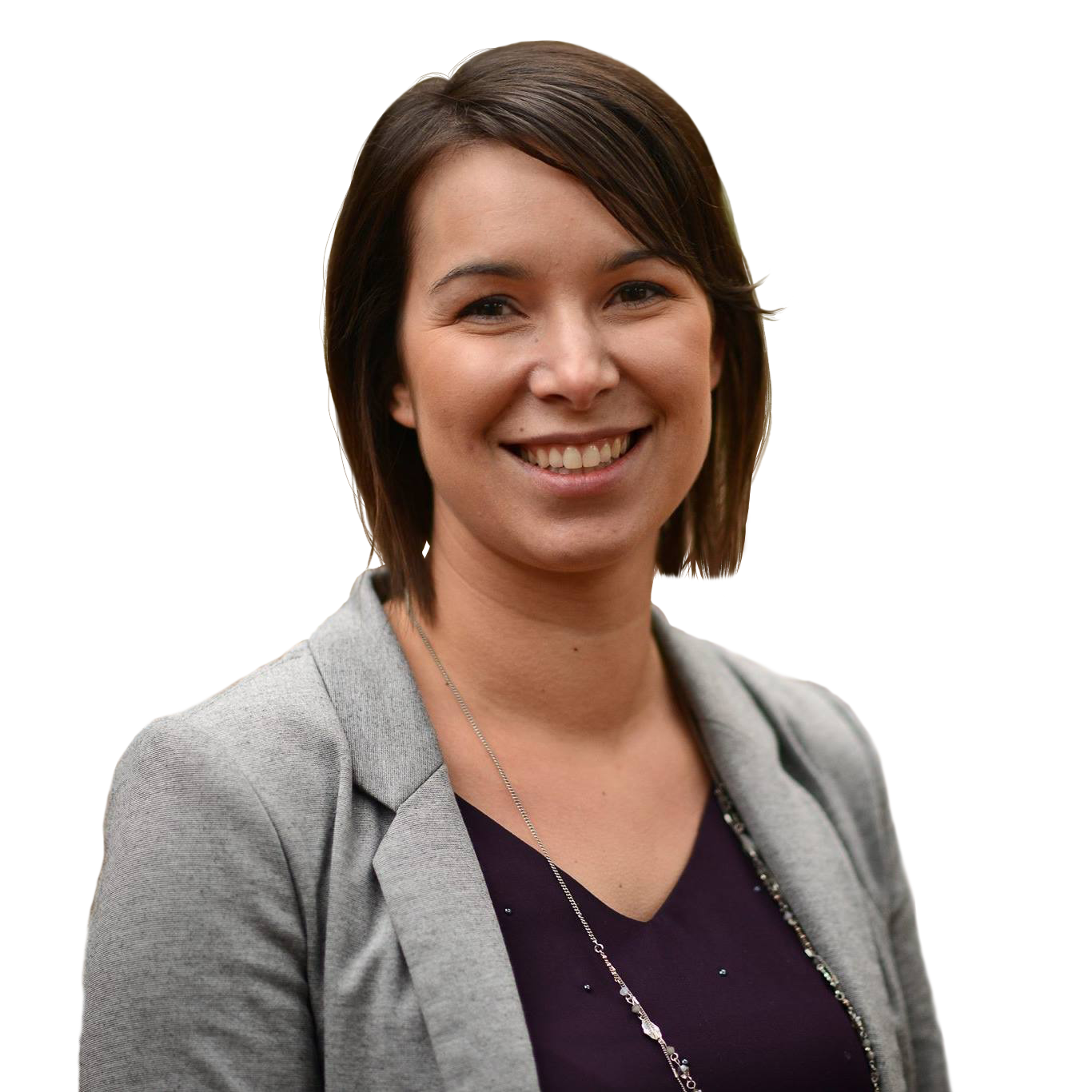 How did you get involved in politics, and what were your interests that led you to where you are?

Well, I was born and raised in Port Alberni [B.C.] and I moved away to go to university and then moved back when I was 22. When I moved back, I started a group called the “young professionals” in Port Alberni because I was doing business as a mortgage broker. I just really felt like when I went to groups like the chamber and other kinds of networking groups that were out there, nobody really cared to talk too much to me because I wasn't in their demographic and established in their business circle. It was a challenge through that to break into business and in the community at the time. So, I started the young professionals group with a group of other presenters, business people. And through that, we really just started getting involved and taking a look at what was going on in the community, politically. There ended up being a couple of specific issues that came up, and they were to do with development where I really felt like I was always hearing people say, “What about the future for our seniors? What about this? What about that?” I felt like nobody was really talking about, “How do we attract young families, or how do we retain young families in our community?” So, I just felt like there was a gap at the time, and I started paying more and more attention and then decided to run for council.

Why do you think it's important for young people to get involved in politics?

We are seeing a rise of young people in politics and mayoral races in Canada. Why do you think that is?

Well, I have one thing that I will cite personally as a reason. I'm on Vancouver Island; I would guess we probably have a very low age of mayors on average. We have a lot of mayors that are under 50 and under 40. I think I'm the youngest on the Island right now, but we have probably about 10 that are in that younger mayor range. When I was deciding to run for mayor, having other mayors and counselors around who were also making that decision, who could support each other, we have Facebook groups, talking during the election and just that encouragement, knowing that you're going to be running as one of many younger people. And knowing that you have people there to talk to about it, people to talk to you about their experience, just having that network really makes a huge difference. And for me, it made a huge difference in encouraging me to run.

Did you learn any important lessons or face any obstacles when you ran?

I've had some obstacles. I have four young kids, also. When I ran for council, I was pregnant with my son, and then during my council term, I had another child. So I had my daughter during council and it has been very challenging to balance because a lot of this role is really tailored to retirees. I think that’s natural because counsel and merit typically don’t pay well. People can only afford to do it usually when they are retired and supplementing a pension. It’s certainly over time, I think unintentionally, just grown to be a role that does attract older people typically because it’s a stage in life where you can manage to do it.

So there’s been some challenges in that and just being able to balance having a family and doing this role, but certainly having to balance out the negative voices during my campaign, some as blatant as just telling me that I should be home with my children and not be getting engaged or having a voice. But others are really more genuinely questioning how I would take care of my children and to have time to be the mayor. It’s been a bit of a struggle over time. People probably wouldn’t ask that question of a younger man with four kids but they certainly ask it of a young woman. So overall, just being asked questions that older people typically wouldn't be asked and having people scrutinize you a little bit more heavily.

Do you have any advice for young people getting started in politics?

I have lots of advice! I think the most important thing that I would say is it’s fine to network and talk to other younger people who have done it, whether they're in your community or across the country. People are so accessible nowadays. People reach out to me specifically because I had a baby while I was on council, but I encourage people to reach out and I’m happy to talk to any young person who wants to run for office because just building those friendships, building those networks with people who have gone through what you’re going to probably go through — in terms of some of the challenges — is so important. It’s really difficult to do on your own, but it's so achievable when you have a group of people supporting you. So, I would just really encourage people to reach out and build those networks and build those friendships.