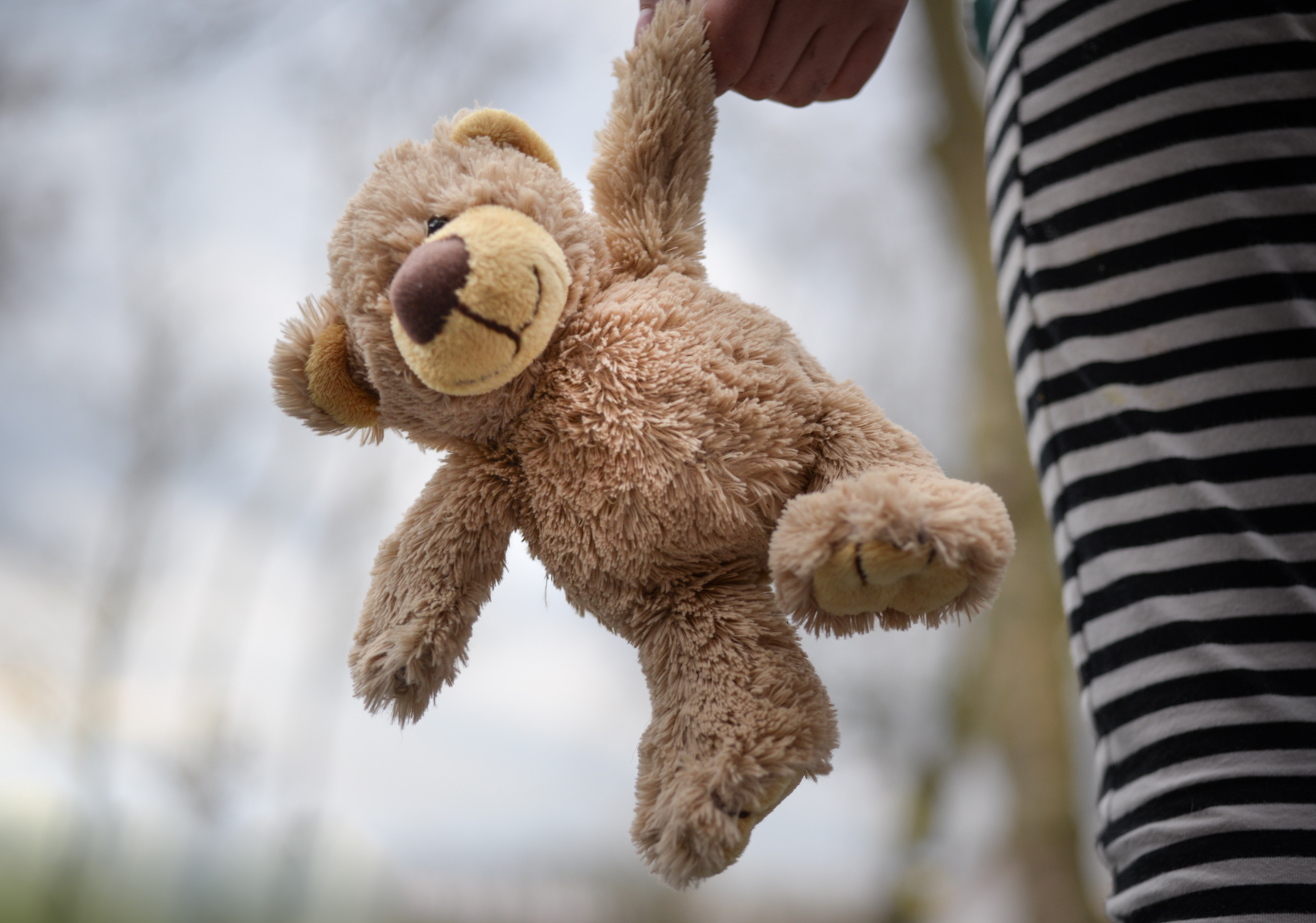 Kind Mind | Felt for many, managed by few: Why is the impact of childhood trauma being ignored?

Kind Mind is a health and wellbeing column committed to sharing stories of recovery, transformation, healing and hope. Columnist Simone Côté is a Master of Arts in Education and Society graduate from McGill University. Her Master’s thesis focused on art and wellness.

A personal essay by Simone Côté

It took me the majority of my Master’s program to figure out why so many young people are at such a great risk for mental health problems. Other people often agreed with me about the severity of the issue, but, like myself, weren’t able to give scientific language to the problem.

At one point in my research, I had discovered that not only were young Canadians experiencing great mental and emotional suffering once they got to university, but that a large portion of this group come into university with a range of psychological and emotional problems.

And with the onset of COVID-19, increased precarity and isolation only worsened mental health conditions for young Canadians.

I was sinking my teeth into any studies or articles which talked about youth suicidality, while at the same time encountering situations that confirmed my concerns over the lack of recognition given to the impact of childhood trauma.

I once gave a presentation in a graduate sociology course introducing my term paper where I elaborated on the baseless claims of Jean Twenge’s millennial entitlement theory and how damaging this is, knowing that suicide is the second leading cause of death for young people in North America.

I received an unexpected burst of laughter from my peers when doing the presentation. I wasn’t sure if they were laughing because they agreed, or if it were actually a defense mechanism to cover up how they really felt about the topic.

Maybe it was easier to laugh because if we took this issue more seriously, we might realize that it profoundly affects more of us than we are willing to admit.

In a voluntary workshop for feedback on my thesis proposal, I spoke to a Faculty of Education professor who cautioned me that if I wanted to craft a worthy proposal I’d have to “write for people like Jordan Peterson.”

At the end of the session, it was also suggested I visit counselling services. I was already seeing a therapist and the whole situation made me feel so alone and embarrassed that shortly after the workshop I ended up having a full-on breakdown in the upper cafeteria area in the Faculty of Education. Was I really the only person who could understand the weight of this problem? And why was there a focus on the fact that I wasn’t writing about it in a way that could convince Jordan Peterson to care? Did I need him to care? I certainly didn’t feel that way.

And then, halfway through my Master’s degree, I stumbled upon a 2014 TEDMED Talk by Dr. Nadine Burke Harris, a pediatrician and founder of the Centre for Youth Wellness in California. Her presentation explained how childhood trauma affects health across a lifetime. It was like I had been given that vital clue to solve the youth mental health crisis mystery.

Dr. Burke Harris referenced the Adverse Childhood Experiences study, which surveyed over 17,000 adult patients who attended the Kaiser Permanente’s Health Appraisal Centre in the United States, over a three-year period in the mid to late 1990s. Dr. Vince Felitti at Kaiser and Dr. Bob Anda at the CDC asked adults about their history of exposure to ACEs.

For every “yes”, a point was awarded to the ACE score. Dr. Felitti and Anda correlated these scores against health outcomes to find that ACEs are incredibly common. 67 per cent of the population had at least one ACE.

Dr. Burke Harris explained that the risk of physical diseases, including hepatitis, lung cancer and ischemic heart disease, also correlate with the presence of ACEs. She dispelled the idea that those who experienced “rough childhoods” aren’t necessarily prone to risk-taking behaviours (e.g., substance abuse) that contribute to such physical diseases. She said that with a presence of ACE you’re still more likely to develop heart disease or cancer — even if you don’t engage in high risk behaviour.

By no means am I a scientist, but here is what I learned from Dr. Burke Harris on how trauma impacts physiology:

Childhood trauma affects four main areas of the brain: the nucleus accumbens, prefrontal cortex, the amygdala as well as the hypothalamic-pituitary-adrenal axis.

The nucleus accumbens — she states — refers to the pleasure reward centre of the brain and is implicated in substance dependence. Adverse childhood experiences also affect the prefrontal cortex which is necessary for impulse control and a critical area for learning. Dr. Burke Harris also mentions that MRI scans report measurable differences in the brain’s fear response centre, the amygdala.

The hypothalamic-pituitary-adrenal-axis is the brain and body’s stress response system, governing fight, flight or freeze responses. Because children’s brains and bodies are in a process of development, they are extremely sensitive to repeated stress. Dr. Burke Harris emphasizes when this system is activated repeatedly, “it goes from being adaptive and life-saving to maladaptive and health damaging.” High doses of adversity not only affect brain structure and function but also develop immune and hormonal systems and the way DNA is read and transcribed.

Dr. Burke Harris gives me hope that one day, it will be a new normal for doctors to be trained in routine screening and treatment for exposure to childhood trauma along with completing thorough documentation of familial history of mental illness. Treatments she focuses on for children with high exposures to ACEs and toxic stress include home visits, care coordination, nutrition, mental health care, holistic interventions, medication when necessary and educating parents on the impacts of ACEs and toxic stress.

Mental illness also affects physical health (just as physical disease has mental effects), mental health is implicated in physical health (and vice versa) and illness isn’t always just genetic. It feels so gratifying to finally be able to explain how fragile the point of entry into suicidality is for young Canadians.

I’m thankful the Adverse Childhood Study exists and for scholars who continue to refer and build off of it in their work.

In retrospect, I now realize that I wasn’t feeling completely seen and heard because I was trying to uncover mechanisms for disease that were completely marginalized academically up until the 1990s, when the Adverse Childhood Experiences study was created. And even then, the reason the study was created was born out of a separate discovery in the mid 1980s in an obesity program at the San Diego Department of Preventive Medicine.

In-depth interviews of over 200 drop-outs from the program revealed childhood abuse was extremely common and preceded the onset of obesity. Many patients spoke to the correlation between the abuse and obesity and yet, counterintuitively, obesity was not the root problem but rather their protective solution to problems previously not discussed with anyone.

Our pasts do not define us. But if we don’t do our part to properly acknowledge the mechanisms of disease for what they are- an enormous threat to our lifespans- then we aren’t supporting youth.

It’s no wonder I’ve found resiliency rhetoric so tactless. Pushing resiliency before fully understanding the mechanisms means we are prioritizing suppression over proper care and empathy. You can’t own your story if people can’t really hear and see you. Maybe that’s because childhood trauma affects more of us than we are willing to admit. Maybe a lot of us need to come to terms with how we were treated, so we can begin to heal from it – together.

Check out @thedoodledoc on Instagram for creative approaches to untangling and integrating childhood wounds and lovingly re-parenting the inner child.

If you are thinking of suicide or know someone who is, there is help. Resources are available online at crisisservicescanada.ca or you can connect to the national suicide prevention helpline at 1-833-456-4566, or the Kids Help Phone at 1-800-668-6868.