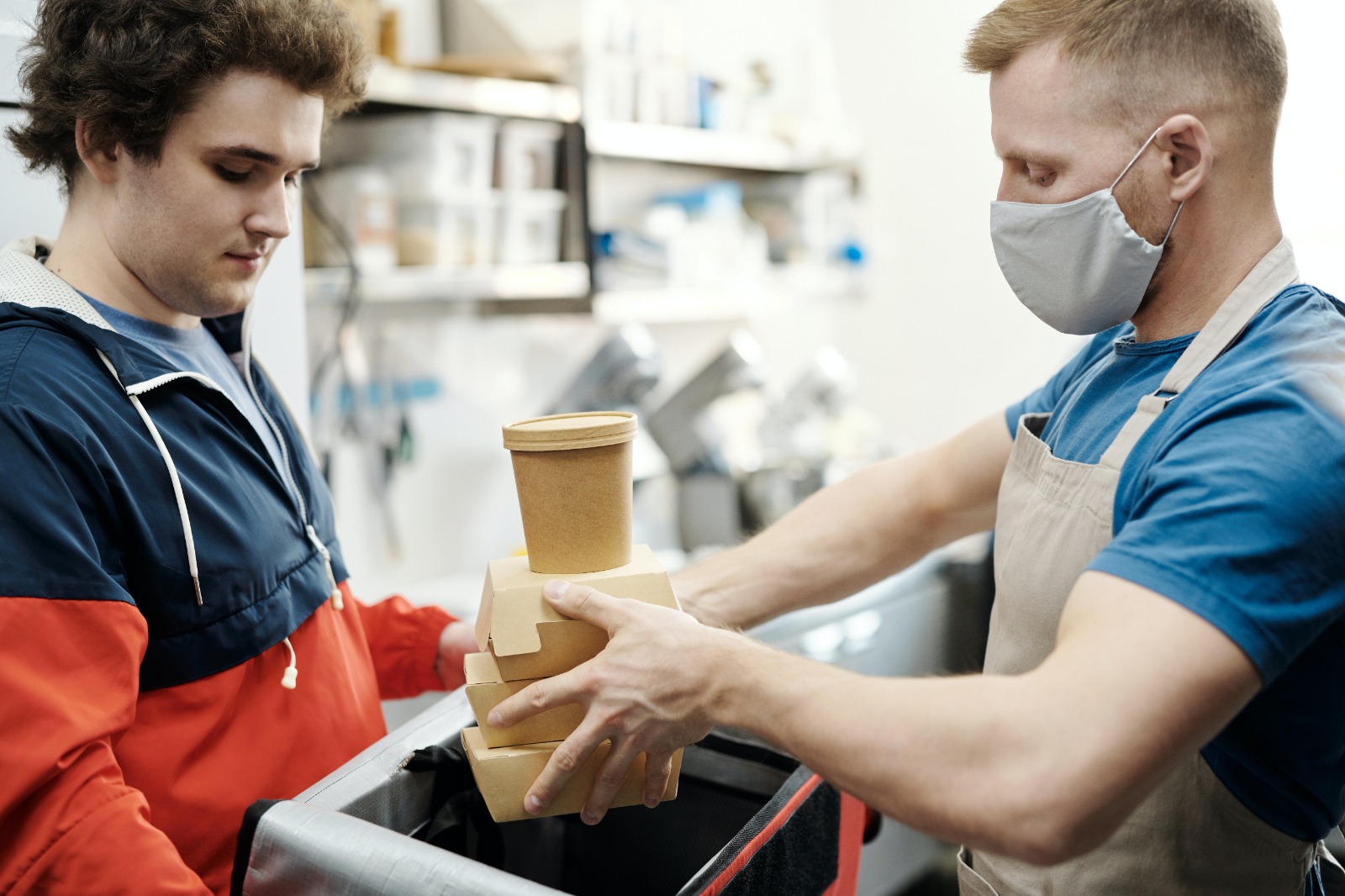 Photo by Norman Mortensen for PEXELS

How to maintain academic excellence while working part-time

Experts and students say there are several different ways for students to balance school with work.

It’s common for college and university students to work part-time while enrolled in school.

The employment rate for post-secondary students was 52.5 per cent in Feb. 2020, before the COVID-19 pandemic caused that number to plummet. As the world returns to normal, many students will surely return to their part-time jobs.

With so many students working, a key question arises: How can students succeed academically while working part-time?

Research from 2010 by the American Association of University Professors showed that students who worked more often were suffering from increased anxiety and had lower graduation rates than those who didn’t work.

For many students — particularly those who come from low-income families — working during school is not an option; it’s a necessity. Experts and working students told Youth Mind some strategies for students who balance full-time post-secondary coursework with a part-time job.

Ian Garner, the academic skills outreach co-ordinator at Queen’s University, says it’s important for students with part-time jobs (or other responsibilities outside of school) to “plan long-term.” He and theStudent Academic Success Services staff at the university advise students to mark down key dates of exams and assignments on a calendar at the beginning of each semester, which makes it easier to plan for the busiest weeks at school.

“Start to see, ‘When are we going to be super busy?’” he said. “The [more] time you have to give warning to the people around you — so, in this case, your managers — that this is going to be a difficult week in school, the more they’re going to be [able to help].”

Coronado says the biggest reason she’s able to maintain academic success while working so much is because of her strong relationships with her bosses and co-workers, who are willing to accommodate her when school becomes too busy and she needs to adjust her work schedule.

“Building a relationship with my co-workers and my managers [has] definitely helped a lot,” Coronado said. “They totally understand [that] the only reason I’m even working these part-time jobs is to put myself through school.”

Coppola says that it’s paramount for working students to talk to managers or “whoever does the scheduling” at their part-time jobs, as they’ll most likely be flexible to help the student. “They’ll try and work around your hours, work around exams, assignments and stuff like that,” Coppola said.

Erin House, a learning development and success counsellor at Western University, shared a document with Youth Mind that the university created for working students. The document outlines several strategies for balancing school and work, including a section about developing a strong relationship with your employer.

“A good way of establishing this relationship is communicating openly and honestly about how you’re planning to handle the school/work,” the document reads. It advises students to organize their work schedule around school commitments, when possible. For example, students should plan for times when they will be especially busy with school projects or exams, and request to work fewer shifts during those periods.

If managers are inflexible about scheduling, Coppola says it may be in students’ best interest to find a different job. “There [are] always other jobs that will be available…that will accommodate you,” he said. “If one job doesn’t do it for you, there’s always going to be something else.”

Coronado says her jobs have been flexible and fair, which is why she’s stayed at those positions throughout her university career. “I’ve been lucky with my workplaces,” she said. “They’re very understanding and they compromise a lot.”

For some, work comes first

Meghan Litteljohn, a learning strategist for academic success at the University of Toronto, says the choice of what to prioritize, between school and work, sometimes depends on what the job is. Some students have part-time jobs that may be crucial to their future careers. In that case, they may want to prioritize the job and get academic accommodations, when possible.

Coronado says that she hasn’t personally asked professors for an extension on an assignment before. However, some of her friends — who are also working students — have done so, which has helped them on occasion.

Litteljohn advises students to reach out to the academic support services at their school if they need accommodations or help in managing their workload.

Do schoolwork before or between classes

Coronado says she knows “it’s kind of unhealthy,” but she often stays up late at night to get schoolwork done, on days when she wouldn’t otherwise have the chance to do it. She adds that she adopted a better solution, in her third year of school: arriving on campus early to get her work done before classes start.

Garner points out that every individual is different, so it’s important for students to be aware of what best helps them succeed. For some, it will be easier to get work done at night like Coronado, but others may be early birds. Not every student would benefit from waking up early to get work done before class. Garner says students should ask themselves: “Is the benefit I’m getting from this outweighed by the sacrifices I’m making?”

Coppola says he was fortunate that on slow days at his job, he was allowed to do schoolwork in between customers. However, when that wasn’t possible, he had to “use [his] time efficiently” to get work done. He would sometimes head to the library in between classes at school to work on his assignments.

Garner endorses a similar strategy, saying that he tells students to keep task lists of things they can do “in those snippets or snatches of time.” Those could be simple tasks that don’t require too much focus, like sending emails or returning a library book. Otherwise, when they have a little spare time — like a break at work or between classes — students should try to get started on assignments or make progress on a bit of their schoolwork.

“If you know that you’re consistently going to be busy with school, then doing even a little bit of an assignment that’s coming up [several] weeks from now is going to help you out,” Garner said. “This is just a way of kind of chipping it apart and doing it bit by bit.”

Litteljohn suggests another way to make the most of those short periods of free time after classes. She says students should look over their lecture notes “very soon after learning new material.”

“You can review those notes and have that be sort of the ground for your understanding of the course material,” she said.

Litteljohn says it is often unrealistic for working students to do all the supplemental homework for each class. If they don’t have time for everything, she says that reviewing at least part of their notes is a helpful way for students to test whether they can remember, understand and apply the new material that they learned.

“As long as you’re reviewing some, it’s going to put you in a much better place when it comes time for the test,” she said. “A little bit of review every day goes a long way.”

Sacrifice ‘wants’ in favour of ‘needs’

Coppola says he often had to spend free time that he could have used for leisure — like playing video games or hanging out with friends — doing schoolwork instead. He suggests that this is simply a necessity that comes with being a working student.

“You’ve got to sacrifice time, unfortunately,” Coppola said. “It’s a little frustrating because you’ve got to miss out on some stuff, but it’s something you’ve just got to do.”

The document from Western has a section about managing distractions, where it advises students to plan to minimize the “temptation” of activities like watching Netflix, when they are supposed to be getting work done.

“Practice a ‘work/learn first, play later’ approach to managing your time,” the document reads. It also instructs students to think about and be aware of what distracts them; that way, students can block distractions before they become an issue.

Litteljohn says that it may help students to plan how they will allocate their time throughout the week, as it will allow them to enjoy their leisure time and focus when it’s time to do schoolwork. “Have a sense of how much time you can devote to each one of those important facets of your life,” she said.

She notes that it may take more effort for students to stick to routines when they get easily distracted. Litteljohn suggests setting reminders on your phone, which tell you to get back to work, or setting up study sessions to work together with peers, which creates “social accountability.”

Coppola says in order to prioritize, he finds it important to keep track of “needs” as opposed to “wants.” He adds that students will always have opportunities to socialize, whereas they need to do schoolwork on time to maintain good marks and improve their long-term career prospects.

“In the long run, you will be so much happier if you just took the time, instead of hanging out with people, to get your work done,” he said. “That reflects in your marks — your overall GPA — and that gets you opportunities that you might not have gotten otherwise.”

Litteljohn says that “it’s a marathon when you work and study,” which means that it’s crucial to rest and recover. She recommends that students spend no more than a combined 40 to 50 hours per week between their classes, additional schoolwork and their jobs.

“Taking good care of yourself is so important,” she said. “When you have a full and happy and active and meaningful life outside of school and work, it fuels you with all the energy and motivation that you can put back into your learning.”

Students may think they should spend as many hours as possible studying, but Litteljohn says that is usually not the best way for students to manage their time.

“It’s better if you take those good breaks, keep yourself feeling happy and healthy, and then bring all that energy back to your learning.”