The COVID-19 pandemic has turned the lives of billions upside down. With schedules thrown into disarray, one of the simplest parts of many people’s daily routine has been disrupted the most: sleep.

Occupational therapist Judith Mendoza says that much of this COVID-19-induced insomnia stems from the loss of regularities in everyday life, such jobs and social interactions.

“There’s a lack of rhythm, a lack of regular scheduled activities. All of that has been really disrupted,” she says. “When it comes to our physical systems, as well as our mental health, when we have predictable, regular rhythms that have been in our day-to-day life that it is really helpful.”

People who severely struggle with sleep are typically recommended cognitive behavioural therapy for insomnia or are prescribed sleeping medications by their physicians.

However, there are people who do not consider their sleeplessness as severe insomnia and instead turn to other sleep aids such as melatonin and, in some cases, cannabis.

Whether it is consumed through smoke inhalation, oils or even eaten, cannabis has been used as a sleep aid for many years.

This is because cannabis contains different cannabinoids: cannabidiol (CBD), which promotes relaxation, and tetrahydrocannabinol (THC), which is the psychoactive portion that causes a person to feel a “high.” Depending on the strain, cannabis can help to induce sleep as well as act as a stimulant.

Zephan Shenouda-Persad has struggled with sleep since long before the pandemic. Dating back to his early high school years, he suffered from night terrors that led to panic attacks. This prevented him from getting any sleep, sometimes for more than three days in a row.

“My doctor diagnosed me with depression and anxiety because there was nothing hinting as to why my body won’t allow me to sleep,” says Shenouda-Persad. “They said there’s nothing wrong with me physically, so it must be a mental thing I was going through.”

Eventually, he began to use cannabis as a sleep aid and noticed a change in his sleeping pattern and mental health.

“I was having the best sleep I was ever having in years,” he says. “Before cannabis, I was very up and down depending on the day. I’d be really outgoing and just willing to be involved in everything some days, and absolutely zoned out, bitter and miserable the next few days.”

Similarly, Brooke Rabinovici has used cannabis as a way to combat her insomnia since before COVID-19. However, since the pandemic began, she has found herself turning to the substance for sleep aid more frequently.

“I would say [my insomnia] definitely got worse during the pandemic,” she says. “I haven’t been struggling with sleep like this in a while.”

While many are looking to experiment with cannabis to help with sleep, there is still much to know about the substance. Research surrounding cannabis is still considerably scarce, which may be due to its different legal status around the world and the perception that many people have of the drug.

Despite marijuana’s legalization in Canada for both recreational and medicinal purposes, as well as in some states in the United States, there is still a stigma that surrounds its use in Western culture.

Rabinovici highlights Canada’s legalization of the drug as “the first step” to de-stigmatization and further research.

“I think that the longer it’s legalized, the more studies will be able to do, the more science will actually show to people what exactly this drug is and how it affects them,” she says.

Shenouda-Persad attributes some of the stereotypes associated with cannabis use to the lack of knowledge surrounding the drug.

“People think you’re a burnout or you’re a hippy, and that people who use [cannabis] don’t care about anything or are lazy,” he says. “But people need to be more informed on both the positives and negatives because if used properly, it can really help people a lot as it’s helped me.”

Anyone who is considering using cannabis as a sleep aid is recommended to do research for further information or consult a local physician. 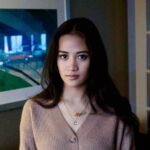