When Canada went into lockdown, I stopped spending money on commuting, shopping in-person and eating out at restaurants. Like many others, I thought that COVID would quickly be under control. But that hasn’t been the case over a year later.

What do you do then to keep yourself distracted from the reality of the pandemic while stuck at home? I found my answer in getting back into K-pop.

Short for Korean popular music, K-pop is a genre of which the modern form emerged in South Korea in the 1990s. It is heavily influenced by other genres around the world such as pop, hiphop, rock, as well as South Korea’s own traditional sounds. There’s no single K-pop sound, as style can vary from group to group who experiment and evolve their artistry with each new release.

For the last decade, I’ve considered myself a casual K-pop listener. I had never bought physical albums before, thinking that they are the same as western albums. But in June 2020, Seventeen released their seventh mini album, Heng:garae. Having filled the void after work hours by actually paying attention to k-pop industry happenings, I bought all versions of the album to give myself something to look forward to. When it arrived, I unboxed the package in my living room and was stunned by everything included with my purchase. Inside were posters, photocards, postcards and photobooks galore. Everything was designed so gorgeously, with each inclusion matching a cohesive theme. As I scrambled to take pictures of my haul, I knew I was hooked.

Flashforward to the present day, I have a bookcase deemed as the K-pop shelf. On display are albums from groups like Pentagon, OnlyOneOf and P1Harmony, with my prized ONEUS and ONEWE merch on top. I’ve always casually collected other objects like art prints, DnD dice and lamps, but I’ve never been more frenzied about collecting until I got into K-pop. Amongst my collection is an unassuming white binder. Lifting the cover, you’ll find yourself facing sheets upon sheets filled with photocards. This past year, I’ve spent hundreds of dollars on these business card-sized cardboard pieces with selfies of K-pop idols printed on them.

I’m part of a group chat consisting of nine fellow ONEUS fans (known as ToMoons) in the Greater Toronto Area. We do casual album and merch group orders because international shipping can be hefty, so it’s practical for us to order together and split the shipping and customs fees. Most of us collect ONEUS photocards.

K. Sohn, an engineer and ONEUS fan, says that she “started collecting as a hobby during the pandemic, [having] more disposable income from not taking transit and not eating out.” She allots three to five per cent of her total income to collecting merch. Sohn and I connected on the ONEUS Discord server a couple of months after I got into the group, both of us ecstatic to finally meet another ToMoon in the region.

Before I met Sohn, it was only myself and a friend from university who got me into the group, K. Lee, who combined our orders and traded cards with me. When it comes to collecting, Lee describes herself as “rabid, but not unreasonable.”

“I’ve actually always been a rabid collector, it just used to be for anime and manga merch instead of K-pop. I got into K-pop during the pandemic, so it mostly just changed the interest,” she says.

When the pandemic started, I bought anime and manga fan merch to support artists online. But most of the series I like are on indefinite hiatus or finished, leaving no real incentive for me to keep collecting.

S. Acena, another member of the ToMoon group chat, says she didn’t listen to K-pop at all prior to the pandemic.

“This is actually my first time collecting anything in general so my hobby started because of the pandemic,” says Acena. “I’m really glad I started though because it really brings a lot of joy, even though it is a really expensive hobby.”

For young working adults in Canada, like the majority of the people in our group, K-pop albums are relatively affordable given the quality and quantity of what is included inside. What gets fans buying more, or even buying several copies of the same album, is the chance to collect specific photocards of the members. This is what led me to buy five sets of the ONEUS Devil albums—three different versions per set for a grand total of 15 albums currently sitting in piles around my room.

Whether it is worth it is debatable, but I pulled the Yeo Hwanwoong album inclusions I wanted, so I’m satisfied as long as I don’t crunch the numbers in my bank account. Collecting K-pop merch is fun, but financially it can add up.

Acena says there are many aspects she loves about collecting, but especially the trading element.

“I love interacting with others. I’ve never really been part of a community like this,” she says. “It’s great because I can get something I’m looking for and help others with their collection goals too.”

Our little group has met up a couple of times during the summer. From café hangouts to celebrate an idol’s birthday to a Canada’s Wonderland excursion, we’ve created some special memories through our shared hobby. 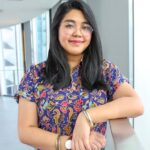 Lea Clarin is the creative editor of Youth Mind. They’re just taking it easy these days but would really like to talk to you about the K-pop group ONEUS.

This author does not have any more posts.

We are excited to announce the release of Youth Mi

Back in March, Haeley DiRisio spoke to a few of #C

Personal protective equipment has been integral in the fight against COVID-19. But while it's been keeping people safe, the waste left behind is worsening plastic pollution.