“This is your future. You are allowed to raise the alarm on this.”

Aliénor Rougeot, program manager for climate and energy at Environmental Defense, encourages future generations to embrace the urgency of the climate crisis—even if they feel ill-equipped to speak on the subject.

Acknowledging a certain apprehension that youth may hold in expressing their views on a matter so complex, Rougeot—who was featured in an earlier Youth Mind issue—reassures that the climate activism movement is one of collaborative support. She says that the movement is not one in infancy; there are experienced people to help those just starting out.

Fridays for Future Toronto, a branch of the global youth-led movement, organized the Global Week for Future climate strikes in September 2019. Having been involved in the coordination of these protests, Rougeot recalls the lesser-known pillars of support who reached out to her and facilitated the movement, such as parents, grandparents and retired people.

“Just concerned people who thought that this youth movement would be the beginning of something big,” she says.

Rougeot isn’t alone in encouraging youth to step up. Manvi Bhalla, founder of the non-profit Shake Up the Establishment and current climate policy lead at the University of British Columbia Climate Hub, says that everyone has their own battles to fight and their own contributions to make. People, especially youth, should do what they are able to for climate change action.

Bhalla reminds today’s youth of their significance in the way their future plays out and the simplicity of getting started and doing one’s best to move forward, no matter where they begin.

“Find your place, get involved, grow and keep growing,” says Bhalla. “You are part of the ecosystem of change.”

The idea of every contribution being important in its own right is especially relevant to the youth-led climate change movement. The people roaring down the streets in September two years back were diverse in more ways than one, Rougeot says.

According to Rougeot, while there were some drawn to activism distinctly because they could afford to devote their time to attending protests, others who felt strongly about the crisis came from a range of socioeconomic standings.

Rougeot acknowledges that some found it easier to be heavily involved in climate advocacy because they had some degree of financial security and could devote time to the initiative that wasn’t spent earning a paycheck.

“I think, mechanically, the reason we have so many people from—at least comfortable families—is because none of them have to have a job outside of school,” she says.

This should not be a deterrent for people who may want to be involved, but aren’t able to organize and coordinate action themselves. As Bhalla reminds coming generations, every contribution, no matter how small, grants strength to the movement.

Marginalized populations, disadvantaged economically or through some measure of discrimination, are a key consideration in Rougeot’s take on how climate change advocacy should be constructed.

In order to fully address climate change, these issues should be a part of the conversation.  “If we want to create a lasting solution to climate change, we also have to talk about racial justice and Indigenous sovereignty,” Rougeot says.

On the matter of whether youth activists are more inclined to consider the urgency of climate change than governing policy-makers of older demographics, Bhalla points out that the comparison is irrelevant.

The state of the climate crisis is beyond debates of who does it better, both kinds of people are required to make change—which is only possible when collaborative initiatives take place.

“Every conversation is an opportunity to learn,” Bhalla says. She reinforces the reality that people concerned about climate change don’t have to be from a singular age demographic and will come together and work together when needed.

Bhalla says that people who are actively involved in climate activism no longer concern themselves with pointing fingers, shifting blame or ducking responsibility for someone else to handle.

“We’re not delegating anymore,” she says. “We’re past that stage.” 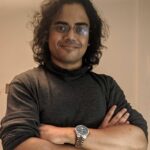 Aneesh is a former staff reporter for Youth Mind.