More ecosystems are deteriorating in the current climate crisis. Humans inhabiting the land is a heavy contribution to the depletion.

However, Indigenous Peoples today have never lost sight of their relationship with nature. Their treaties about trade, animals and fishing activities showcase their connection and respect to the land they inhabit.

Anna Flaminio is a professor in the department of criminology at Toronto Metropolitan University. Flaminio says the legal principles around such activities are in place to respect the land and animals.

“Indigenous nations have their own laws which espouse conservation and sustainable models of harvesting in order to ensure their kinship responsibilities to animal and fish relatives and to uphold responsibilities to protect and care for the land,” says Flaminio.

Colonialism forced Indigenous Peoples to witness their land being destroyed for the first time.

Samantha Williams Barrantes is the coordinator of an urban farm initiative called the Indigenous Foodways Program. Williams Barantes says ideas around environmental sustainability were not discussed because climate issues were not present before European settlement.

“The words ‘sustainability’ and ‘conservation’ are only relevant today because of the degradation and depletion of the land,” says Williams Barantes. “So now, people are actually looking to Indigenous Peoples for their wisdom in agriculture practice. Those words in Indigenous languages never existed because we didn’t have a need for it.”

Indigenous Peoples support sacred ecosystems that depend on the regulation of their ecological knowledge and practices. They do so despite the environmental trauma that they still endure today.

One example in which Indigenous Peoples demonstrate ecological resilience is the maintenance of the Black Oak Savanna. It is located in the Dish With One Spoon Wampum Belt Covenant. Indigenous Peoples conduct periodic burns to preserve the diverse amounts of rare flora and  encourage the growth of plants used for medicine and food.

Indigenous Peoples also create their own ecosystems where their agricultural knowledge and practices will be respected, thus creating agricultural resilience.

An example is the urban rooftop farm at Toronto Metropolitan University that houses the Three Sisters and Medicine Garden. Both gardens are looked after by the Indigenous Foodways Program.

“The goal and the mission is that we have space that is Indigenous-led for Indigenous faculty and students on campus. It also provides a space where we know there is an appreciation for our traditional practices. So, it’s not just an ‘us’ space. It’s a place where knowledge exchange takes place,” says Williams Barrantes.

One of the reasons both gardens are so successful is because they utilized Indigenous agricultural practices.  These practices improve the entire farm ecosystem since they involve intercropping. According to Williams Barrantes, intercropping improves the soil on the plot and is the basis for the Three Sisters garden.

“You plant the corn first, and then when that grows about a foot, you plant the beans around the corn and the beans provide nitrogen to the corn. So the beans are a nitrogen fixer and that’s the relationship between the first two sisters,” says Williams Barrantes. “Then, the last you plant is the squash at the bottom of the mound. The squash provides ground cover which will help suppress weeds.”

In addition to intercropping, the Indigenous Foodways Program utilizes Indigenous planting designs to enhance soil and increase harvest. The Medicine Garden is planted in the same pattern as the sacred medicine wheel and uses traditional mounds.

William Barrantes says, “A mound is about a foot high and around the bottom of the mound is a reservoir. They use reservoirs because in super dry conditions a mound will help retain moisture in the soil.”

One of the easiest ways to produce agricultural resilience is to let nature take its course without human interference. This is one of the best courses of action. It is also the one Williams Barrantes takes at the end of each season. That said, it differs from the typical procedures of other urban farms.

“So, for my crop cover, I literally let everything die naturally. Eventually, that composts itself, and it covers the ground as it would in nature without people having to put a tarp over it,” says Williams Barrantes.

The plants then grew back with more abundance the following year, Williams Barrantes explains.

However, operating a farm in the heavily urban city of Toronto brings the challenge of limited space. This is especially true when Indigenous practices cause an abundance of crops.

“When I’m planting something, I have to think about next year. So, if I plant a strawberry, strawberries spread and they will take over. If everything I planted was not on a roof and on the ground, I wouldn’t have to worry about that,” Williams Barrantes says.

Valuable Indigenous agricultural knowledge tends to be ignored because it is different from traditional western practices. However, there is so much to learn from Indigenous Peoples. In fact, they have had this scientific knowledge for thousands of years.

These two knowledges can be used together in order to help with sustainability and food security.

Flaminio says, “We need both knowledges at this time, especially to empower Indigenous and non-Indigenous youth leaders who are honouring Indigenous laws and principles while helping to protect earth and water.”

This way, more farms across Canada that respect Indigenous methods can develop their own agricultural resilience. 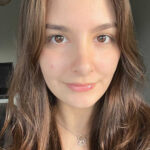 Grace Nelson-Gunness is a reporter for Youth Mind. She enjoys watching Criminal Minds or reading a suspenseful horror-thriller novel while drinking a vanilla latte.