This is where Tina Chan’s company, PASS Inc., comes in handy.

“[The kits are] inspired by the idea of the physical, traditional first aid kits that were always there in workplaces and especially schools, to treat in the moment, non-severe burns, cuts and wounds,” said Chan, who is also pursuing a master’s degree at the School of Public Health and Health Systems at the University of Waterloo.

“[They] provide tangible tools to help you go through those moments of panic or overwhelming stress,” she said.

These “tangible tools” — which Chan says serve as reminders of researched techniques to follow when experiencing stress symptoms — include a pair of earplugs to help reduce stress-inducing noise, an eye mask to help block out disturbing lights, chewing gum to help with focus in moments of grounding, a foam star to help relax tense muscles and the most innovative part of the kit: flash cards. These “RE+Minders” flash cards have been developed based on cognitive behavioural therapy (CBT). The kits are available in both English and French.

PASS’ website also emphasizes that their kits in no way serves as a substitute for formal mental health treatment or support.

“We’re really a gap product for in-between moments of sense of onset, to the point where someone even feels confident to seek formal support or treatment, if they want to,” Chan said.

Chan was inspired to create PASS kits while pursuing her undergraduate degree at the University of Waterloo.

“At the time, I noticed there was a lack of straightforward resources that could be used in the moment of a panic attack or an overwhelming stress, specifically for students,” she said. “And from a personal experience — transitioning from high school to university — was quite a challenge.”

Chan says that while there were resources that were available to cater to mental health needs, they were scarce and were lacking in many ways.

“Most of the resources are very textual and academic, and even more descriptive of the problem and focusing on prevention techniques, rather than in the moment,” she said. “So that’s why [PASS] was founded, to create those resources.”

So far, PASS has sold 45,000 kits — nationally and internationally — according to the University of Waterloo’s website.

“We have been selling since 2016,” Chan said. “We are present in a lot of counselling rooms and student success offices, dorms, and we are part of student orientation week.”

The kits are predominant in Fanshawe College, the University of Waterloo and Western University. They have also been sold in countries like the United States, the United Kingdom, South Korea and Australia.

Chan says that PASS will be researching new stressors that students might undergo as a result of COVID-19.

“We are actually exploring the topics of screen time use, so how to actually facilitate time in front of the screen, if it’s for better or for worse for students, going into September,” she said. “Also, we are exploring ways to deal with grief from activism and how to manage emotional rage or concerning activism.”

Chan also says that PASS is working on how youth’s mental health is associated with climate change and social media, after reading a report on Jack.org.

For more information on PASS and their products, visit mypasskit.com. 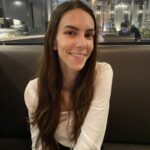 Nicole is a freelance journalist who can often be found in the middle of a protest trying to make a difference with her stories. If she is not at a protest you can find her in her home office writing about moon cycles and retrogrades. Nicole loves to spend her free time in nature, at home cuddling her cats and of course maintaining her animal crossing island.