Competition is prevalent in many industries. Young people need to understand this while not letting it delay the pursuit of careers that interest them. To better understand where the competition is, here are five of the most competitive fields in Ontario.

Marketing is a highly competitive industry. Present-day advertising strategies—like social media use, appeal to young people. This makes it a common field to study in university.

Stephanie Jeans, a Toronto marketing executive and team lead says, “I think younger people are more likely to create social media content or see their peers doing it, so they have more exposure to social media marketing, which allows them to become more interested in the industry.”

The field has a wide range of roles from digital marketing, email marketing, communications, copywriting and more. Nonetheless, competition for landing these roles is stiff. Jeans says she believes most marketing roles are equally as competitive as each other.

“I personally haven’t been exposed to an area that is more competitive than the other,” she says.

Marketing skills will always be in demand, regardless of the job position. So, while marketing is competitive, it shouldn’t deter young people from pursuing it as a career choice.

Roles in software programming often choose people with years of experience, so it can be tough to land an entry-level position.

There can be an imbalance between job offers for highly qualified candidates and roles for new graduates, meaning entry-level positions fill quickly. Salaries in the tech world can also be close to six figures, attracting interest and rivalry.

According to Apple Newsroom, the iOS app economy has grown in the past few years. The good news is tech jobs are becoming more plentiful, especially in this realm.

Apps are all the rage, so there is a continuous demand for developers. Many large companies like banks and grocery stores use apps to help service their clients, which creates more job opportunities to develop these apps.

Many artists enter the freelance world. Some young people also study the arts in hopes of landing stable employment with consistent pay, like a role in arts administration.

Both paths can be competitive. Independent artists need to be innovative and keep track of their social media and self-promotion to stand out. With non-freelance positions, job openings with regular pay can be scarce and there are often few roles with numerous applicants.

Young people should take the time to learn the business side of being an artist. For example, a freelance artist should network and consistently produce work for their social media and portfolios.

Attending a program after post-secondary can also be helpful for people who studied the arts in university. Studying education can land someone a stable role as an English, art or music teacher.

Certain realms of the healthcare world can be more competitive than frontline jobs in nursing and medicine. One example is the public health sector, which has the potential to become even more competitive in the coming years.

Tegan Baker is a project coordinator at The Hospital for Sick Children in Toronto.

“I completed my master’s at the University of Toronto’s Dalla Lana School of Public Health,” she says.

“The health promotion program, the one I completed, was quite competitive in terms of admission rates,” Baker says. “I’m not 100 per cent sure about the numbers, but I think offers of admission were extended to one out of every 10 applicants.”

Since the COVID-19 pandemic, the industry has been booming, garnering more interest.

“There has been a large increase in demand for public health researchers, health policy advisors and just a larger appreciation, I think, for the field of public health,” Baker says.

This demand will spark interest, which leads to competition. The next few years may be the best time to pursue a career in public health before it gets more fierce.

The finance industry is highly competitive as it pays well, with roles in accounting, tax management and valuation analysis being some of the most competitive.

Accounting is a stable career choice with consistent demand. Businesses and individuals always need accountants. But plenty of people know this, so there is often a surplus of applicants hoping to get hired for an entry-level role.

There are steps young adults can take to navigate this intimidating industry. Enrolling in post-grad courses in financial risk management, planning and analytics can provide a specific skill-set. Utilizing leadership and networking experience through previous jobs can also set someone apart from others vying for a new position.

It’s normal to experience rejection before landing an interview. That’s simply the nature of competitive industries. Detecting the difference between healthy and toxic competitive energy can also make a difference in landing a dream job.

Like Baker says, “friendly or collegial competition with foundations in mutual respect and a desire to do the best you can result in better professional outcomes.” 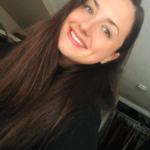