It should come as no surprise that many couples now meet through online dating.

A survey conducted by Stanford University found that the number of heterosexual people who met their partner on the internet rose from two per cent in 1995 to 39 per cent in 2017. This is a different outlook from just a few decades ago, when meeting your partner in a restaurant or bar was more common.

There are now over 1,500 dating apps or websites. With over 270 million users globally, the $3 billion industry is a key player in many love lives. Online dating is the second most common way for heterosexual couples to meet and the most popular for homosexual couples. This vast change is mainly due to the fact that people trust the new dating technology more and the stigma of online dating has worn off.

Olivia Lombati, a 26-year-old woman, says that she used to be hesitant to use dating apps. However, after seeing all of her friends dating online, she decided to give it a try. “At this point, it has become so normal and part of millennial dating,” she says. “I have many friends who have found long-lasting relationships from online dating.”

With so many people using dating apps, it raises a question: how have they changed the relationship landscape?

There has been talk about how dating apps have perpetuated a “hookup culture.” This is due to the fact that dating apps provide a sense of instant gratification over a genuine or more serious outlook on relationships.

In a survey conducted of 6,458 online daters from 30 countries, 48 per cent of respondents said they are looking “for fun.”

For 25-year-old Coral Itzch, turning to dating apps after breaking up from a five-year-long relationship has allowed her to have fun with dating without the pressure. She says that she enters every online date as a new adventure and a fun opportunity. “If we hookup at the end of the date, that’s okay. And if we don’t, that’s okay too,” she says.

However, not all users feel this way. To 23-year-old Emma Porter, hookup culture in online dating has been nothing but frustrating. “I am looking for a real and meaningful relationship in my life. I find that every guy I talk to is just looking for something casual,” she says. “I am constantly deactivating and reactivating my account out of irritation.”

A positive aspect of dating apps is that they generate interactions between people who otherwise wouldn’t have met. Previous generations of daters may have been confined to whoever was in the same town as them or within their network. It also used to be common for couples to be introduced through family or friends.

But now daters now have a plethora of opportunities to branch out of their own community, and can even change their geographical location settings to talk to others globally. Internet dating has also provided the potential to serve people who may not be able to find connections through family, friends and work as easily, such as the LGBTQ community.

Austin Taby, a 27-year-old gay man, says that he never would have met his boyfriend of three years if it wasn’t for online dating. “I was constantly asking family and friends if they knew of anyone who would be a match for me. I always found the dating pool for the LGBTQ+ community was much smaller and harder to find a partner,” says Taby. “I had really exhausted my network and had turned to dating apps as a way to expand my circle.”

The consequences of ghosting

The built-in properties of dating apps makes it easy for users to spark conversation, but it makes it just as easy to “ghost” someone. Due to the virtual nature of online dating, users often never follow-up because there is less of an acknowledgement that the person on the other side of the screen is real. Losing all contact with the person of interest has become so normalized that many users say ghosting is just a typical part of online dating.

Oria Brenner, a 27-year-old woman, has been on dating apps for several years. “Bumble, Hinge, Tinder—you name it, I’ve tried it. I find that no matter the app, I’ve had instances where I’ve been talking to a person I am interested in and then I will just never hear back from them,” she says. “There is a lack of accountability in online dating that I find real life dating does not have.”

Online dating has also affected people’s self-esteem because of ghosting.

23-year-old Sophia Chern has been on and off the apps for seven years now. “While they have encouraged me to break out of my shell to meet new people with similar interests as me, they have also made me question my self worth,” she says. “On top of this, they have introduced the phenomenon of ghosting.” Chern admits that her initial experience with ghosting stung, but she is confident that it has built up her resilience with dating.

Ultimately, technology has helped many find a partner and create connections with people they otherwise would have never come into contact with. Dating apps have provided a space to access a number of potential partners and sort them easily. Partners can connect and interact from the comfort of their own home—a much different viewpoint than dating years ago. 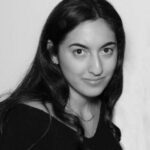 Gabby Altman is a contributing reporter at Youth Mind. When she’s not writing, you’ll find her travelling the world, trying new food and hanging out with her puppy named Mochi.