Travel privilege is generally viewed as the distinction between those who can afford to travel and those who can’t, but the true meaning of the term goes much deeper.

Travelling as a disabled person is often challenging and met with obstacles that most able-bodied people don’t need to worry about. Drew Cumpson, founder of Aksesib Consulting, has been an advocate for accessible travel since becoming quadripalegic in 2011 after a body surfing accident in Peru. Travel is now a carefully planned endeavour for Cumpson, who must consider the logistics of boarding planes, hotel accessibility and travelling with caretakers.

“I didn’t realize until I took my first trip five years after my accident that it was such an issue to figure it all out,” he says, adding that extra expenses like paying for additional baggage to carry equipment and travelling with carers can be challenging. The latter is particularly expensive.

Travel is also an issue for people with invisible disabilities. Jewelles Smith, communications and government relations coordinator at the Council of Canadians with Disabilities (CCD), has anaphylactic allergies and a mild form of spina bifida that can make it challenging to walk long distances. She says her partial mobility causes confusion for onlookers in places like an airport, where she uses a wheelchair.

“When you have an invisible disability, you appear inconsistent to the public,” she says. “I can walk, totally, so I might get up and put my bag on my wheelchair to go to the bathroom and back. People treat you weirdly in public.”

An average of 26 wheelchairs are damaged each day on U.S. passenger flights, according to a 2019 report obtained by the Los Angeles Times. Wheelchair users aren’t able to bring their chairs onboard, so they need to either check them as cargo or rent a wheelchair once they arrive at their destination. The inconvenience, paired with the safety concerns associated with transferring a wheelchair user to a seat on a plane, has sparked many to push for airlines to offer a wheelchair space onboard the aircraft.

Cumpson experienced issues on his first flight as a quadripalegic when the device being used to transfer him from the wheelchair to the seat couldn’t lift him high enough to get him over an immobile armrest. After being lifted into his seat by firefighters, Cumpson landed at his destination only to learn that the airport staff did not have access to the equipment necessary to get him back into his wheelchair.

“They tried to carry me off the plane and it was a very embarrassing situation,” he recalls. “My pants ended up around my knees, my ventilator popped off and they had to put it back on.”

The CCD is currently working with airlines in an effort to make wheelchair spaces a reality. A possible outcome is that spaces will be outfitted into the design of future airplanes, so it will likely be several years before these changes come to fruition, says Smith.

One obstacle that could be resolved in the more immediate future is the confusion that goes along with accessibility procedures in an airport. Airlines are inconsistent with protocol, making it hard to know what to expect — regardless of whether a disabled person has used the airline before. Smith says that more reliable communication from airlines about its procedures would make for a more positive experience when she’s picking up a wheelchair.

“It’s difficult because I know what I need, it’s all booked ahead, and then I arrive and it’s not the same,” she says. “I think a big area I would love them to get better at is to be consistent.”

The business of accessibility

A more accessible tourism industry opens the door to a wider audience of potential travellers. It was revealed in 2018 that Americans with disabilities are already spending $17.3 billion on travel in the United States each year.

Travelling to Europe has long been regarded as a challenge for disabled people due to the nature of its architecture.

“Cobblestones are a nightmare for wheelchair users because it’s like being on a wooden roller coaster,” Cumpson says. “It’s bumpy and you get shaken around. My headrest is how I drive my chair, it’s sensored around the back part. If I get knocked around too much, I can’t control the chair.”

Cumpson has learned that cities who have hosted the Olympic and Paralympic Games usually have better accessibility because of the considerations that were made for parathletes. These places are often more inviting to people with disabilities because there are more resources  available when visiting attractions or finding appropriate accommodations, which comes with a variety of obstacles for Cumpson in particular.

While accessibility can sometimes require a re-evaluation of protocol, many changes could be easily adopted into current systems. Sometimes, it is as simple as ensuring six inches of space between the floor and the bottom of a bed.

One piece of equipment Cumpson brings on trips is a Hoyer lift, which he uses to transfer from his wheelchair to his bed and vice versa. The device requires about six inches of space between his bed and the floor in order to position itself effectively, and finding hotels that can accommodate this is difficult.

“It’s been quite the experience trying to figure that out over the years,” he says.” I’ve learned that it’s something that needs to be addressed.”

The market for accessible travel remains largely untapped, but there is financial gain to investing in accessibility. A more inclusive environment for travel connects the industry to a wider audience, creating greater demand from a demographic that might not have been able to partake previously.

Everyone has a role to play

While the push for greater inclusivity is ongoing, there are steps that individuals can take to ease the strain on people travelling with disabilities.

Something that can often be forgotten is that the term ‘disability’ crosses a wide spectrum of conditions. Creating a truly accessible space, therefore, requires more attention than simply ensuring it is wheelchair-friendly. For example, to assist those with deafness, learning to recognize the phrase ‘I’m deaf’ will help circumvent a confusing first exchange with someone who is deaf or hard of hearing.

“If it was part of our vernacular and someone made that particular phrase to you in sign language, you would immediately know,” says Smith.

Individuals with disabilities should also feel empowered to advocate for their needs. Smith has had her allergy information translated into several languages so that she can be confident her condition is understood when she’s eating out abroad. She advises that people use a trusted source when translating important information, and not relying on Google Translate as it can be inaccurate. Smith also recommends being informed on local accessibility laws.

“Take control of your access needs, because [others are] not going to do it,” Smith says. “They’ll do the bare minimum, so be prepared to assert yourself.”

Remaining determined is another important factor in inspiring change. Despite the difficulties that go along with travelling as a quadripalegic, Cumpson continues to plan trips and advocate for disabled travel. He is in the process of making a documentary called Planes, Trains, and Wheelchairs, which follows his journey travelling as a wheelchair user.

Able-bodied privilege is often overlooked in the travel industry because the sector was not built with disabled people in mind. As advocates become more vocal and the industry gains financial incentive to incorporate accessibility into common practice, there is hope that one day travel will be an industry that celebrates inclusivity for everyone.

“After my accident, they said I might never be able to travel again,” Cumspon says. “Just because I have a disability, doesn’t mean it’s going to stop me from enjoying the things I love in life.” 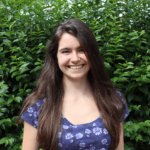 Dana Hall is the previous contributing editor and journalist for Youth Mind and the Newcomer. She enjoys climbing mountains and talking to her plants. Every once in a while, she tries an olive in hopes that she’s developed a taste for them.