Travelling overseas to volunteer and take a vacation at the same time sounds like a great opportunity, but so-called “voluntourism” can have several negative impacts on foreign communities. In the 1990s, many non-governmental organizations (NGOs) came under scrutiny for the ways in which they were operating in other countries. Many of their methods perpetuated a white-saviour mentality and pushed ideas of colonialism into countries and communities that have already endured harm from these systems.

Since then, many NGOs have taken the time to re-evaluate their operations to ensure that development work does not cause further harm.

Susan MacGregor, the program coordinator for the International Development postgraduate program at Humber College, says she wants people to be critical of how these trips play out.

“What you have to think about in all forms of volunteering is, ‘Am I adding value or am I taking a job away from someone who would be paid?’” MacGregor says.

It is unlikely, for instance, that an underprivileged community would need assistance building a house. It is even less likely that someone partaking in a voluntourism initiative with no prior experience in construction would be more qualified to build the house than a local in the community who does this for a living. MacGregor says that one way to make a voluntourism initiative useful is to work with communities to determine how to best be of use.

“Some of the better opportunities will have the local people working alongside those who are on their trips,” she says. “But, again, you want to be doing something that can’t be done by the local community.”

When done responsibly, voluntourism can also be a powerful tool in bridging cultural divides and helping volunteers to gain knowledge which can influence their own decision making.

“The volunteer learns about potential ecological, social, economic, developmental problems. So ideally, the volunteer will carry this learning through their life and that will inspire them to make donations [and] raise others’ awareness,” says MacGregor.

Iona Buisman, the program manager for Global Volunteers at World Renew Canada, also understands that these trips and organizations are getting better as people are asking questions about the impacts of voluntourism.

“A lot of NGOs have done things that have harmed, but they have learned from their mistakes, and have embraced this philosophy of ensuring that our approach to volunteering centres on whoever we are serving having dignity and respect,” Buisman says. “We don’t go in thinking we have more knowledge than they do or that the resources we have are better. We need to come with humility, and we need to be learners.”

Learning about privilege, post-colonialism, and the western saviour complex are an important part of volunteering. Understanding concepts like these help volunteers recognize their place in the work they set out to undertake. It is also important that volunteers have an understanding of their skill sets and limitations.

“If you haven’t done anything at home, you have no right to go overseas and think you can do things,” says Buisman.

If you feel you don’t have the skills to impact meaningful change while you are abroad, consider taking some time to volunteer at home besides the typical car washes and bake sales.

You can do a lot to raise awareness from home, which can benefit communities abroad. Instead of spending money on a plane ticket and everything else that goes into travelling, you could send those funds to the community where they will be used to build wells and schools. This creates jobs for locals and temporarily boosts the economy.

“We encourage a lot of opportunities locally,” says Buisman. “There is so much we can do here in your own community. Try and do outreach and community work in your community at home. Often, the awareness we can raise here is so much more powerful for the community to put those resources toward something positive.”

So, what should you do instead of jumping headfirst into a voluntourism trip?

Buisman says to always ask yourself, “What am I bringing to the table?”

MacGregor says that one of the best ways to do developmental work is to go backpacking and find an agency on the ground that needs help, but she acknowledges that this can be difficult for most people. She says it’s essential that the organization doing the work isn’t harming the community in other ways, even if that wasn’t the intention.

“You have to be confident that the community isn’t being exploited and the bulk of the money is helping the community,” she says. “If this trip is what gives someone the bug to do development work for the rest of their lives and work toward the global reduction of poverty, then the catalyst was worth it.”

An August 2020 article by Alicia Dubay in World Vision highlighted other useful tips for those who want to make a positive impact with volunteering.

“Instead of going abroad to teach English to students, why not help local teachers already living in that community improve their English and their teaching methods?” Dubay writes. “In this way, jobs are not taken away from local workers.”

Buisman says that she’s starting to see a positive change, as younger people who want to help are realizing that past methods of voluntourism have been problematic.

“Young people these days are very educated,” Buisman says. “They are asking these hard questions. They can see that there was a problem with the way things were done in the past that gives me a lot of hope for the future of development.”

Make sure you do your research into an organization before you head off on a voluntourism adventure. In many cases, it might be that it is better to volunteer at home instead.

MacGregor adds that it can also help just to be a regular tourist and bring money into other countries in that form.“As soon as you can be a tourist, be a tourist, put your foreign currency into those communities,” she says. “Not just in the hotels and car rental companies, but to the waiters and waitresses, and the porters and the cleaning staff.”

There are ways to volunteer responsibly, but certain trends in voluntourism will never be OK. Namely, posting photos of ourselves with underprivileged BIPOC children abroad. Maybe it feels good to show our friends back home who we’re helping, but snapping a photo will only objectify the child. They cannot consent to their photo being circulated online and respecting them as children is something we are all responsible for. 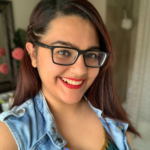 Rameesha Qazi is a previous contributing editor at Youth Mind. She loves video games and baking. These days she’s filling her time with League of Legends. She loves to travel and is always ready for a new adventure.