The cultural narrative of autism

The current narrative of autism in today’s culture is wrong, according to a growing number of advocates.

“I think a lot of people get stuck in this very narrow, medical model of disability that really doesn’t work well when talking about autistic people,” says Harmon Pope, an Ontario-based autism advocate.

The “medical model” Pope references is a body of research and advocacy efforts from the past several decades that suggests autism should be treated like a disease. More specifically, a disease that should be cured, despite it not being viewed as a disease by experts. Even still, great efforts have been made to “cure” autism since the early 20th century that have continued into the modern era.

Alex Smith, an autistic 22-year-old research assistant and student says “people tend to think of autism as either an intellectual disability or a behaviour disorder when it’s really not how it works.”

According to 2022 research published in Disability and Society, research participants consider their autism to be “value neutral,” much like skin or hair colour. Participants also noted that, in contrast, they believe others view autism as a negative quality.

The problem with media representation of autism

“People really have a stereotypical view of autism,” Smith explains, adding that the world tends to see autistic people in the media as extremes.

Often, they’re portrayed as the science-minded genius or the intellectually impaired individual who cannot function without a caregiver’s help. The characters are nearly always young white men, leaving out anybody who does not fit into those stereotypes.

Smith’s problem with representation is an area of research that is taking off in some academic fields.

While these views on autism are incomplete, experts caution that people shouldn’t completely erase them . These groups still deserve representation, but they deserve better representation. Currently, most representation is driven by negative stereotypes.

The majority of autistic people who do not fit into one of those boxes deserve to be acknowledged, argues Smith. Autism “forms a community of diverse people,” Prochnow writes in her study.

This is echoed by Pope. “While autism may be a noun, it has far more in common with an adjective,” she explains. Pope adds that autism has a unique cultural identity that should be treated as such.

No support into adulthood

Smith recalls a recent grueling 12-hour day at work which was interrupted by a panic attack in front of her colleagues. She felt she had to hide that the reasons were related to her autism. Smith chose to lie and say she had a panic disorder “because the stigma was lesser for that type of anxiety than autism.”

The autism community suffers from mental health issues. Recent research supports the idea that anxiety, depression, obsessive-compulsive disorder, schizophrenia and bipolar disorder are higher in the autistic community than in the general population. These mental health issues mostly remain unaddressed. Unfortunately, most autistic people do not receive the effective help they need.

On top of mental health issues, many autistic people have to pay out of pocket for essential autism-related health services . One surprising service some autistic people need to cover is an autism diagnosis itself.

“You need to shell out a good $2,000 to see a private neuropsychologist [to get diagnosed],” Smith explains.

It’s possible to get an adult autism diagnosis through the Ontario public healthcare system. However, women are less likely to be taken seriously in these settings. Complaints of not being taken seriously as an adult, in general, are commonplace in online autism spaces.

Therapy, medication and career counselling are just a few examples of things that require autistic people to pay out-of-pocket. Though many Ontarians pay for these services themselves, autistic people can struggle disproportionately without access to them.

“On an individual level, the biggest issue I’m facing is the scraps I get on ODSP,” says Pope. She explains that rent takes a large portion of her Ontario Disability Support Program payments. Pope adds that she knows of many other autistic people who face similar challenges of poverty.

Despite the challenges autistic people face, one of the great wins is the unique cultural identity the community is building.

“If we truly want to live in a multicultural society, then we need to respect and accept that autistic people are going to have different social customs,” Pope explains.

Society is slowly becoming a healthier place for autistic people to survive and flourish, thanks to advocates like Pope. 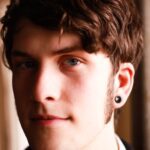