According to researchers at Youth Mental Health Canada, around 1.2 million youth in Canada suffer from mental illness. Only about 20 per cent receive appropriate treatment such as support from mental health services.

Statistics Canada also reports that Canadians aged 15 to 24 have the highest rate of depression. Roughly a quarter of deaths in this age group are caused by suicide.

Depression and anxiety are among the most common disorders that affect youth. In more severe cases, either can lead to consequences like isolation or death. In fact, most of those affected don’t receive proper help.

Options like exercising frequently or talking to a therapist can be inaccessible and uncomfortable for many. Individuals who don’t like the idea of talking to strangers about their personal struggles or exercising can become frustrated if those are the only solutions given to them.

That doesn’t mean there are no other options, many are overlooked despite being more accessible.

It can be helpful to learn about the illness and identify what might be at the root of it. Doing so can lead to many solutions such as discovering methods to get help and acquiring better habits.

According to the Canadian Mental Health Association the type of anxiety youth normally suffer from is Generalized Anxiety Disorder (GAD). They state that “young people with generalized anxiety disorder tend to be perfectionists and worry about what others think of them.”

GAD can lead to a variety of issues for youth such as trouble sleeping, concentrating and restlessness.

Gaining knowledge about anxiety or depression is helpful. However, social media can also be a contributing factor.

Social media plays an important role in the lives of youth, but it can also amplify anxiety and depression. An article written by McLean Hospital reported the results of a British study on social media use. The study concluded that social media negatively impacts our sleep schedule which is tied to depression.

Adoni Vassilyadi, a third-year student majoring in human kinetics at the University of Ottawa, says his anxiety is heightened by the usage of social media.

“Always seeing what other people are doing makes us afraid of missing out,” says Vassilyadi. “Rather than focusing on everyone else, we should take a step back, go for a walk. Mental breaks are important.”

Focusing on the lives of others can make people feel inferior. Everyone posts about the part of their lives they want others to see. In reality, their lives may look very different.

Despite the toxicity, Vassilyadi doesn’t think one should immediately delete apps like Instagram and Snapchat. He stresses the importance of reducing hours spent online before disconnecting completely.

“You can’t just get rid of an addiction–it’s a slow process you need to invest in. You need to have patience. It won’t go away overnight,” he says.

Learning about mental illness can help, but in some cases, it isn’t enough. Sometimes, the best solution is to speak to a mental health professional.

The process is often difficult to start. Talking to therapists and counsellors can be uncomfortable. Luckily, this isn’t the only option. People tend to open up to those they trust like a friend, family member, teacher or co-worker.

However, youth with depression often avoid talking about their issues altogether. They can often fear judgement from their peers. But the fear of being judged should not stop someone from speaking up about their mental health.

Mary Enns, a Hillcrest High School teacher in Ottawa shares that one of her students asked for permission to open up about their depression in class. The students’ reactions were positive.

“He was moving from his depression to his well-being in that moment and everyone was encouraging him because he kept asking ‘Should I stop?,’” she says. “It wasn’t very sensitive material, it was just necessary for him.”

Moments like this one aren’t uncommon. According to a survey conducted by HealthPartners, depression and anxiety are starting to be seen less as an excuse amongst youth. The survey concluded that more people feel comfortable talking about their mental health and less people hesitate to reach out for help.

Recovery is difficult but it’s important to push forward.

No one is truly alone and others can help when they’re made aware of what their peers are going through. Those who are struggling need to lead their own recovery with the help of support from those around them. 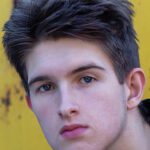 Jordan is a Reporter for Youth Mind. In his free time he can be found playing basketball, hanging out with friends or working hard to become a full-time writer.