Sweltering hot summers. Torrential rain turned to floods. Freezing cold winters. None of this is a surprise when living in Ontario and each year, weather disasters return stronger than before. The Ontario climate change and health modelling study warns Ontarians of record-breaking rises in temperatures in coming years. These will bring more storms, droughts, forest fires and heat waves. However, those that will experience the consequences most severely, are those suffering from homelessness across Ontario.

Mariya Bezgrebelna is a York University PhD psychology candidate working with CAMH on research between climate change and homelessness. According to Bezgrebelna, being homeless is more than living without a home—it is living without permanent shelter with factors such as systemic, individual and structural. Additionally to these barriers, 80 per cent of the homeless suffer from pre-existing health and mental health conditions that can be brought upon by prolonged exposure to air pollution and poor conditions on the street.

“When you add climate change, survival is more precarious,” says Bezgrebelna. “The response in Toronto’s case has not been that considerate.”

Toronto is implementing more green plans. These include sustainable buildings to protect from climate disasters and help reduce greenhouse gas emissions to net zero by 2050. Some of these plans include a reduction in materials like concrete, which contribute to eight per cent of global emissions.

However, Bezgrebelna says that a lot of the time, these improvements come with increases in property value. As a result, homeless people and low-income residents are further displaced to the outskirts of the city.

“In the end, the homeless are only relocated and the problem may continue,” she says.

Another factor that Bezgrebelna adds to the well-being of the homeless in Toronto is the heat-island effect. The effect occurs when urban spaces don’t implement enough green infrastructure and experience hotter temperatures than elsewhere in the region. This is due to concrete sidewalks and buildings easily absorbing heat. This creates an unbearable suffocating feeling during heatwaves in the summer.

The homeless population is often displaced on these streets with higher chances of experiencing potentially fatal accidents from heatstroke. The homeless then seek a cooler location, which tends to be in places like parks.

“The park is a great place to be in when you don’t have access to cool areas,” Bezgrebelna says. “But unfortunately, what sometimes happens is forceful eviction to pacify people who don’t want to see it – those who live better off in middle and high-class neighbourhoods.”

Program coordinator Daphna Nussbaum of Peel Alliance to End Homelessness, has witnessed similar conditions brought on by COVID-19 fears. The pandemic worsened these conditions by forcing many small businesses to shut down. Homeless individuals who once relied on them for washrooms or temporary shelter from harsh weather no longer had anywhere to go.

“It shouldn’t take a crisis like the pandemic or climate for people to react. We need to be more proactive in addressing these incidents before they happen,” Nussbaum says.

It’s not enough to have a weather climate evacuation plan. Cooling and warming centres with access to showers help address some basic needs that people may have, but it is not a permanent solution. To Nussbaum, the solution is affordable, permanent housing and shelters made available all year.

“Housing is a social determinant of health,” says Nussbaum. “But when there is no access to housing and no climate security, we are failing the lives of so many people.”

Fortunately, the future of homeless protection in the climate crisis is not entirely hopeless. According to Nussbaum, what has worked is the Encampment project. This project sought to lessen shelter capacity by bringing affected homeless people to clean hotel rooms. It provided accessible resources and three meals per day. Although funding has run out for the program, this was a step towards potentially keeping the homeless off of the streets.

“As a society, we are all responsible for each other,” Nussbaum says. “Until our three levels of government address a collaborative approach to change policies and provide funding, we need to listen to our communities and policy experts and educate ourselves to make real changes.”

As the weather becomes more extreme, the increasing effects it has on the well-being of the homeless directly reflects the safety of everyone. However, the future depends on how well we work together to reverse the effects of climate change whether it’s on a local, regional or global scale. 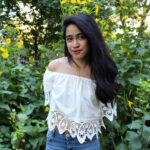